Historical fiction is a powerful tool for breathing life into the teaching of history, a subject sometimes seen by students as dry and disconnected from their everyday lives. Historical fiction allows the readers to put themselves into real events to better empathize with those who lived through them. Classics such as Number the Stars have been used with success in classrooms for decades to help students better understand the human element of history and develop ways to create a better future. Here are some new titles to consider when teaching World War II in your history classroom. 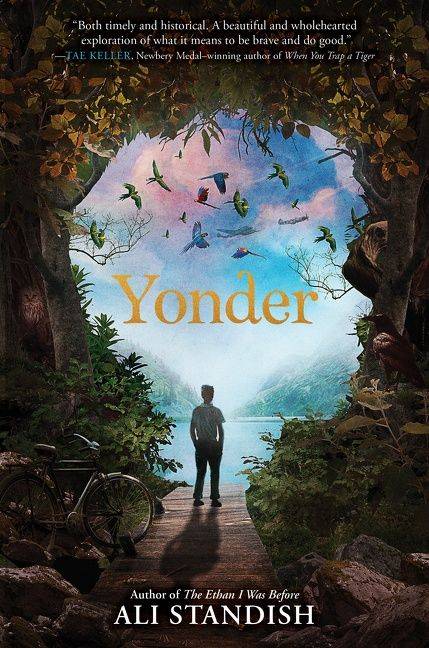 What does it mean to be a true hero? Set against the backdrop of World War II, Yonder by Ali Standish explores this question and more. Jack Bailey jumped into the water to save two children during the Great Flood of 1940, earning the admiration and friendship of Danny Timmons. Now that Danny’s father is off fighting in the war, Danny finds himself relying on Jack’s friendship more than ever. So when Jack suddenly disappears, Danny won’t give up until he’s found.

While there are many references to the war effort, and several of the characters have family members who are off fighting, this story chooses to focus on the less visible wars being fought – such as those against racism, bullying, and abuse. It serves as a reminder to readers of the importance of standing up for what’s right in a story that informs about rural American life in the 1940s while simultaneously feeling fresh and accessible to modern audiences.

“A heartfelt tale about what it means to be a hero and take a stand against injustice.” -Booklist Starred Review 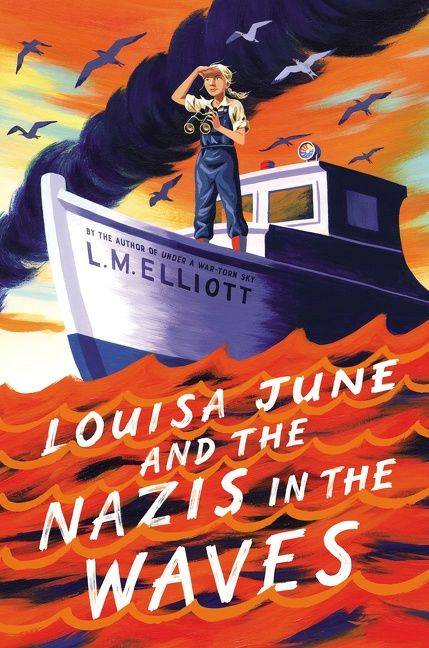 While many WWII historical novels focus on the battles occurring in Europe and Japan, the attack on Pearl Harbor led to Hitler declaring war against the United States and sending U-boat submarines to attack American ships. In Louisa June And The Nazis In The Waves by L. M. Elliot, readers are introduced to a young girl whose family finds themselves suddenly caught in the crossfire when the waters outside their farm are swarmed by the enemy. In addition to the threat of war on her doorstep, Louisa June is also navigating her mother’s ongoing mental health struggles.

Like Yonder, Louisa June is a nuanced tale that humanizes the struggles people have historically endured, both big and small while shedding light on an often-overlooked part of World War II. Readers will connect with Louisa June’s and the universal themes of family, friendship, and love while coming to a new understanding of what it means to live in a country at war.

"Evocatively threaded with the scents and sounds of Tidewater Virginia coastal communities, this story presents a fascinating, lesser-known aspect of the war told from a young girl’s perspective. Successfully tackling the devastation of depression on family relationships, the bitter cost of war, and the uplifting strength of no-nonsense friendship, this story has impressive depth. Superb." -Kirkus Starred Review

Narrative non-fiction books are another way to make history more relatable to students. Non-fiction often evokes thoughts of boring textbooks, but these books combine historical figures and real events with beautifully written narrative text to create titles that both entertain and inform. 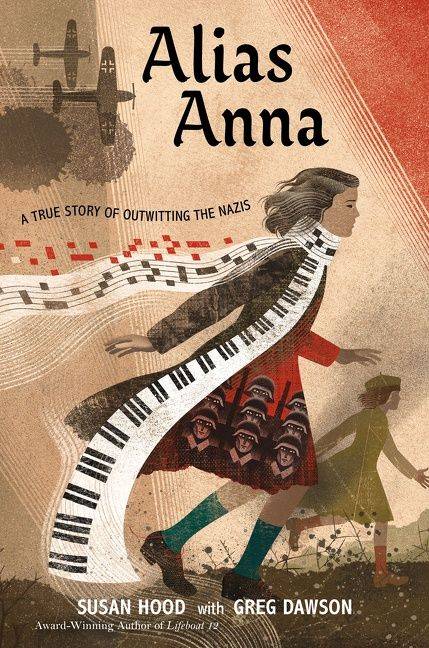 Susan Hood combines impeccable research with moving verse in Alias Anna, a biography about a young Jewish girl named Zhanna who is forced to leave everything behind when her home country of Ukraine is invaded by the Germans during World War II. Zhanna and her sister, Frina, are promising musicians who find themselves marching hundreds of miles through the cold and snow. With their father’s encouragement, the girls flee with nothing except their sheet music and start a new life of music and secrecy, constantly struggling to stay one step ahead of the German Nazis.

The author worked with Zhanna’s son, Greg Daweson, to tell this haunting true story of survival that reads like a compelling fiction. The free verse reflects the musicality of Zhanna and Frina and keeps the story accessible to a variety of readers. This title also includes back matter with primary sources and original photographs to further humanize the historical connection.

A harrowing and remarkable story of strength and survival. -Kirkus Review 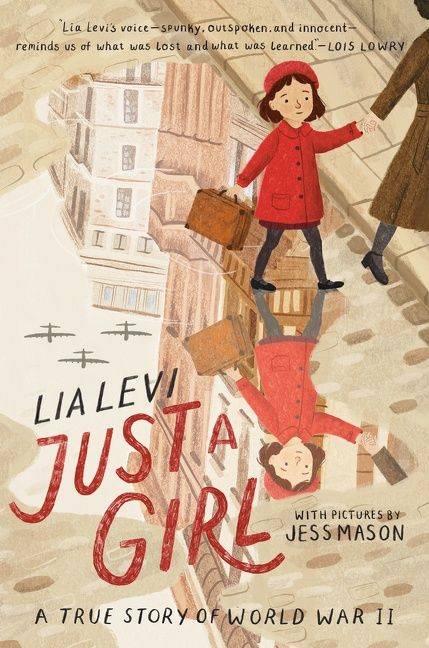 While many World War II books focus on those lives affected by Hitler, Just a Girl by Lia Levi takes place in Italy where the Prime Minister, Mussolini, is beginning to move against Jewish people by forbidding Jewish children from attending schools. Lia’s own childhood story is told through a personal and intimate narrative that brings readers from her family’s constant moves to stay hidden through the end of the war and their ultimate safety.

There are black and white illustrations throughout, and the story is told in short chapters, making it well suited for a read-aloud with students learning about World War II for the first time. The book also includes a letter from the author written specifically for American readers alongside photos of Lia and her family.

"Lia’s young voice is perceptive and heartbreakingly vulnerable as she recounts her steadfast, even cheerful, acceptance of the changes in her life amid the insanity around her. A remarkable, powerful young readers’ adaptation of an award-winning World War II memoir." -Kirkus Starred Review