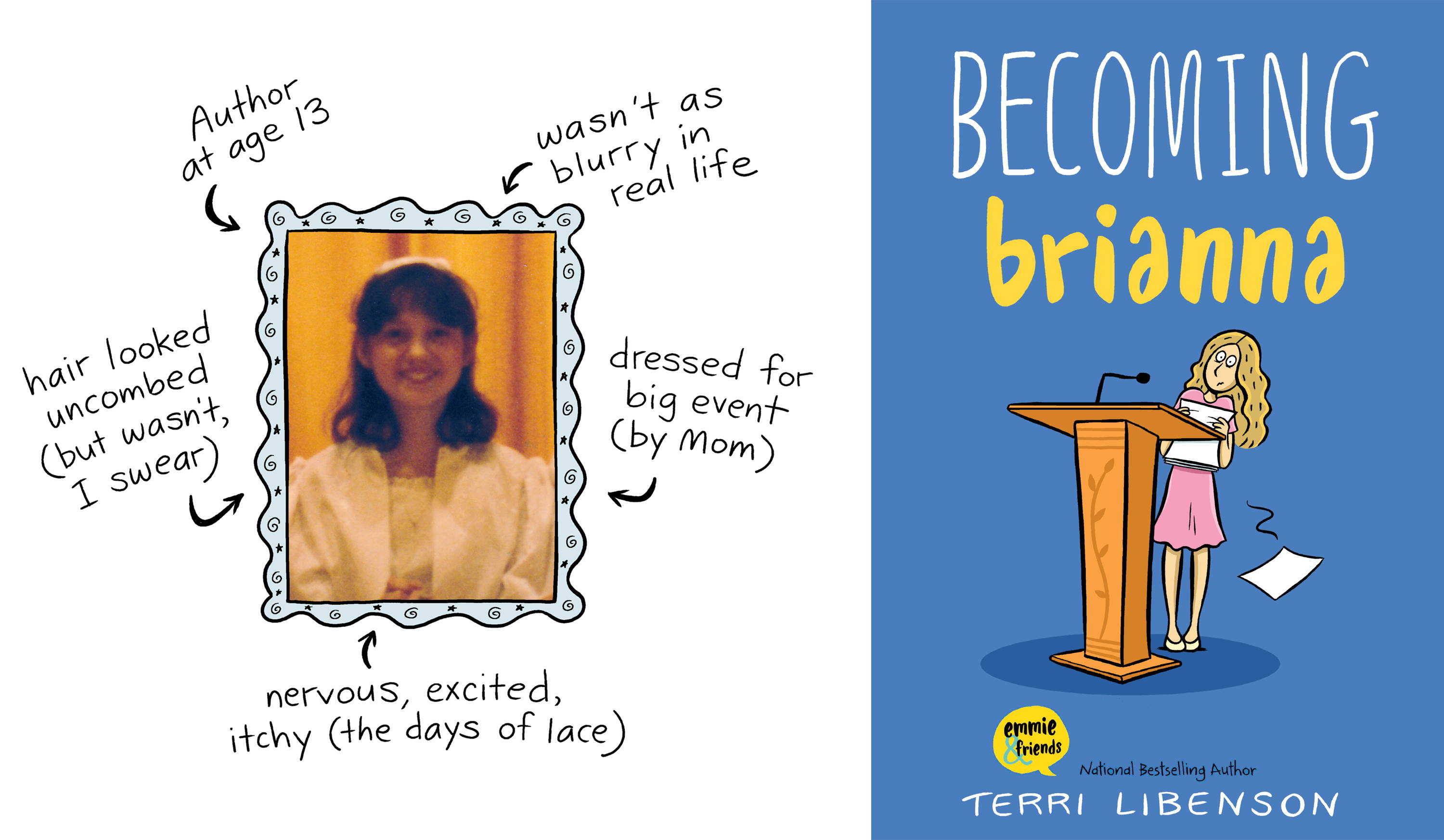 I was raised as a Conservative Jew. That’s the middle-of-the-road (aka Goldilocks) sect of Jewish observance. Although my conservative synagogue was somewhat traditional, our family happened to be those infamous “twice-a-year” Jews. That is, we’d only go to temple on Rosh Hashanah and Yom Kippur, where half the time someone would have to rouse my snoring dad.

I wasn’t strongly connected to my faith. I attended Hebrew School, but information never seemed to take hold. I was also terrible at the language; my brain was more like a leaky pipe than a sponge. When it came time for me to become a bat mitzvah, I was ill-prepared and had more than one crying jag over my frustrations with the Hebrew language. Moreover, I frequently questioned to myself (and no one else — I mean, I was a people pleaser) why I was having a bat mitzvah in the first place. Luckily, I came out of the experience relatively unscathed and even proud of my accomplishment. 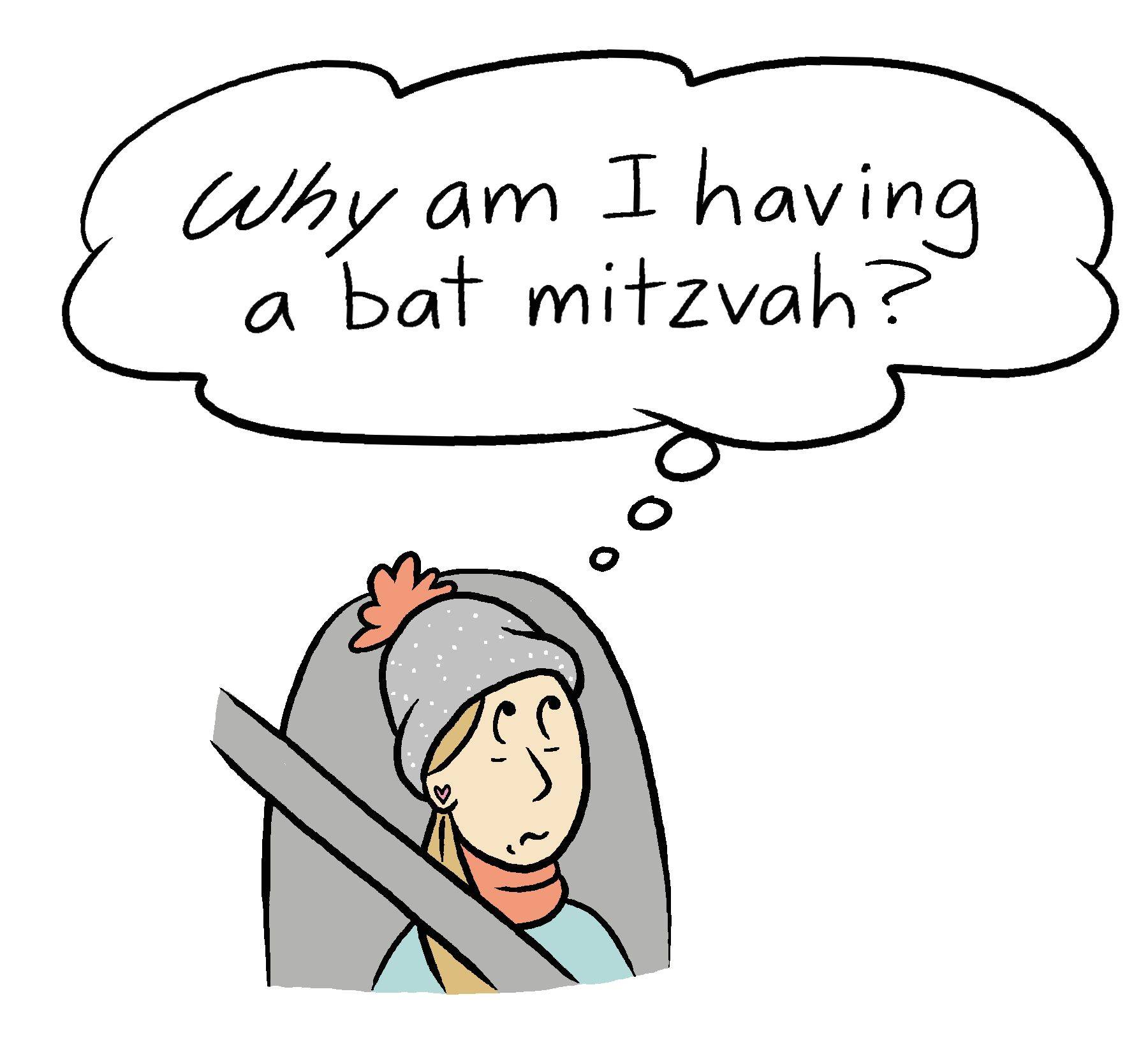 Fast forward years later: I married a fellow Jew. This time, from the Reform movement, which I’ve personally found to be more progressive and laid-back. When my husband and I had our daughters, they started attending Hebrew School at our Reform temple. We, as parents, had the option to join them on Sundays to learn (or relearn) Hebrew. So we went! I accompanied my older daughter, and a few years later my husband joined our younger one.

This time I was an enthusiastic student. I wanted to be reacquainted with Jewish learning. The teachers and clergy made this so easy (and promoted fun techniques). Our synagogue soon became like a second home. My kids would later join the temple youth group and even become Hebrew School teachers’ aids; they’ve since formed their own strong connections to Judaism. True, as a family, we still don’t celebrate Shabbat or regularly attend services (more due to schedules now), but we’re much more rooted in our faith and culture than I ever was growing up. Visiting Israel sealed the deal for me.

When I became the author of a middle grade series, I knew I wanted to take my daughters’ faith-based experiences as well as my own and mold them into a book. My characters are the perfect age for a bat mitzvah story, and the event itself is the perfect microcosm of adolescence: self-doubt, faith-questioning, and social anxieties, all rolled into one pressure-filled rite of passage. Even my own daughters had many anxieties and concerns about their bat mitzvahs, despite having a strong Jewish upbringing.

But there are oh-so-many wonderful aspects as well! The pride of learning and interpreting the Torah passages, the joyous gathering of community, and the privilege to stand at the pulpit, especially as a female — unheard of until fairly recently! And, hey, let’s not forget the epic party afterward — whether a backyard BBQ or an Oscars-worthy gala.

There was another reason why I wanted to write this book. Scanning the temple library, as well as checking out Jewish-based books, I realized what seemed to be missing from the shelves: real, contemporary, mainstream stories about everyday Jewish kids’ lives. Not that these books don’t exist, of course, but there are just so many about holidays and the Holocaust, it seemed hard to find much else.

So I thought, if I could help fill a void, why not? 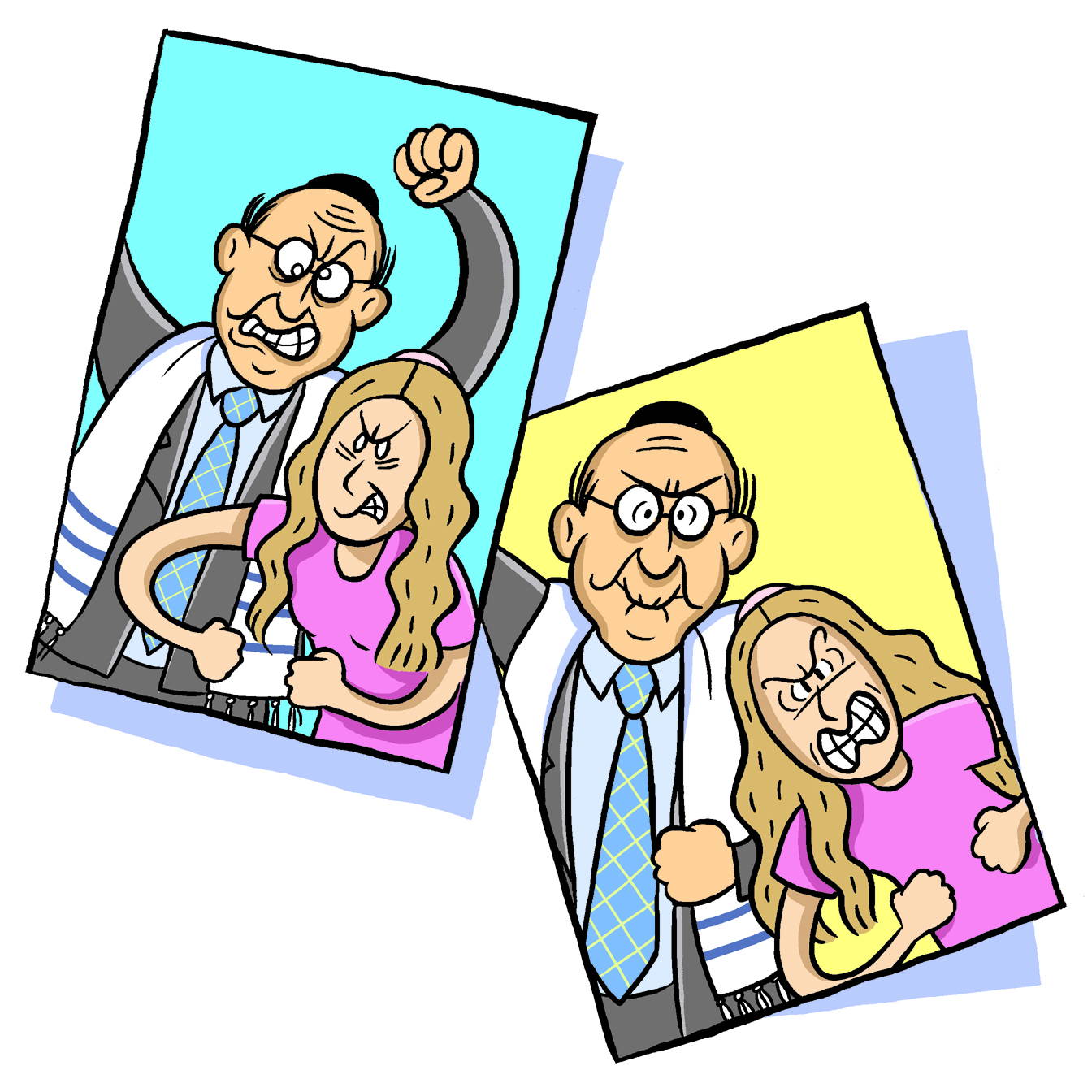 I took advantage of my wonderful clergy when writing Becoming Brianna. One rabbi helped me in the early stages of finding and interpreting Brianna's Torah portion. Another — the one who led my daughters’ services — inspired the personality of the rabbi in the book. Just like in real life, the character poses with Bri for funny, pre-ceremony selfies. And of course, there’s the compassionate cantor character, also modeled after our own (one of the first female cantors in the country!).

Using my family’s experiences and real-life people helped shape the book into what I hope is an authentic reflection of a modern Jewish girl’s experience. It introduces non-Jewish kids to the process in a fun, secular way, and it can be a comfort to kids going through the rigors of having a bar or bat mitzvah.

…but that, no matter what, everything would turn out okay in the end. 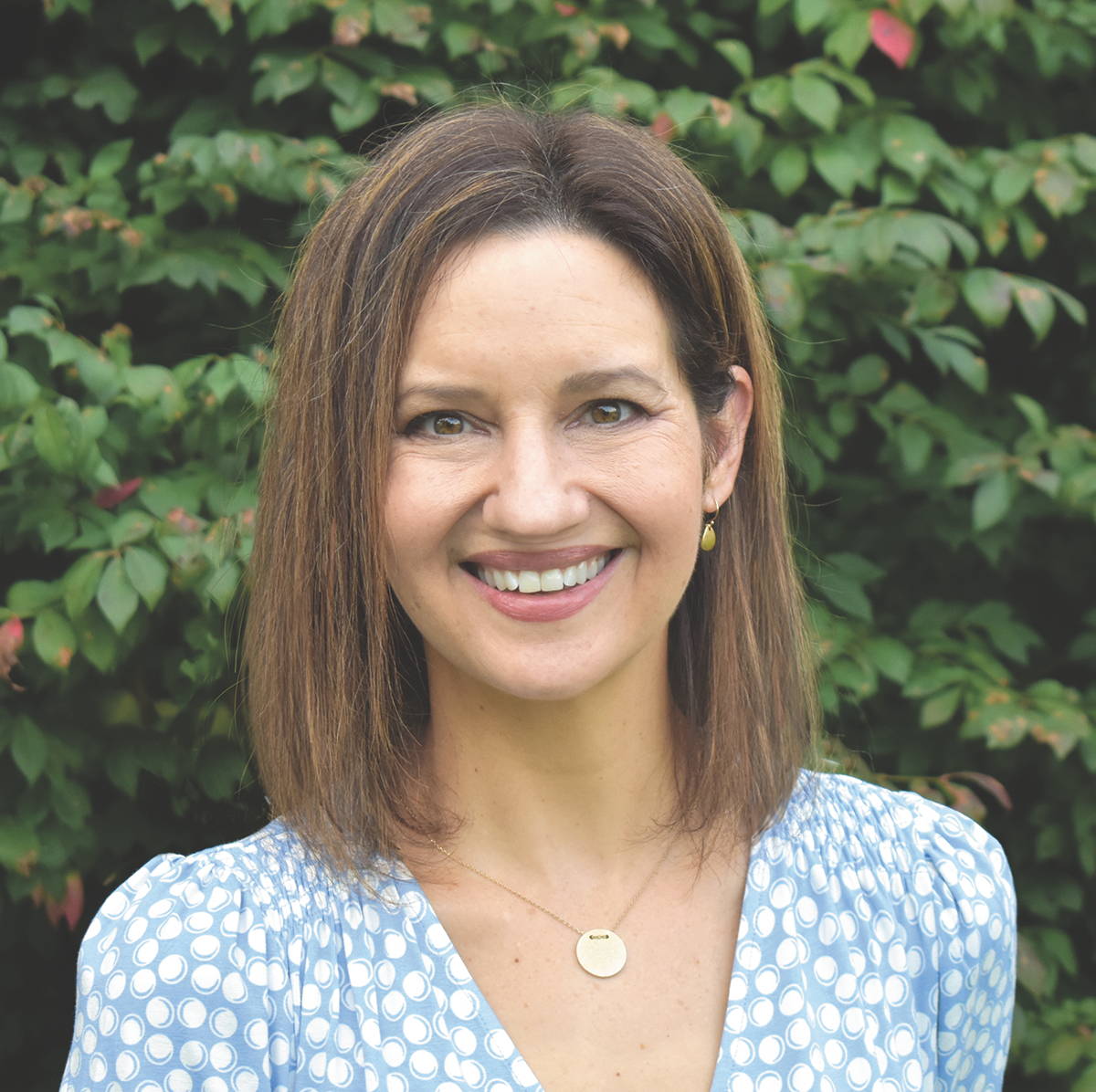 Terri Libenson is the Reuben Award–winning cartoonist of the recently retired syndicated comic strip The Pajama Diaries. She is also the New York Times bestselling author of the Emmie & Friends series. Terri lives with her husband, two daughters, and a spirited puppy in Cleveland, Ohio. You can find her online at terrilibenson.com.

Middle school is full of challenges.

Everyone knows how much brainy Bri likes the spotlight (not). So why did she ever agree to something that forces her to learn a new language, give a speech, help organize a party, and juggle drama at school and home?! As the big event inches closer, Bri wonders if it’s all worth it. . . .

Told in alternating past and present chapters, Bri’s heartwarming story unfolds over the eight months leading up to her bat mitzvah—as well as over the course of the big day itself. 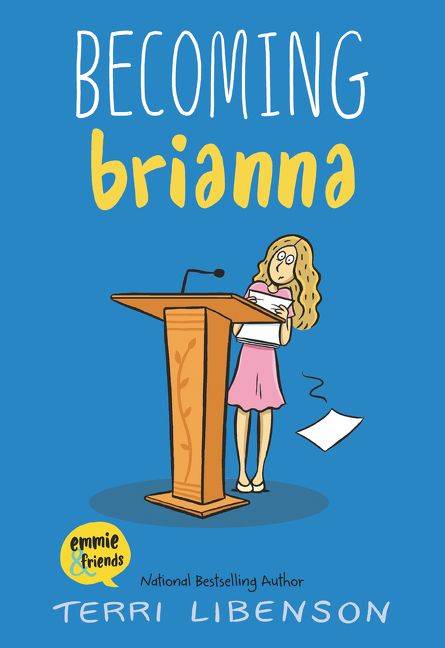